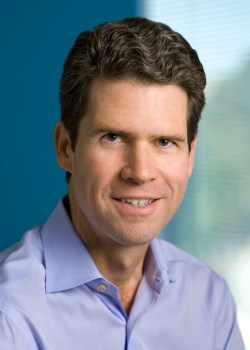 Electronic Arts CFO Blake Jorgensen now says that EA will not actually build microtransactions into all its future games, just the mobile ones.

The ability to buy individual items for small amounts of money, better known as microtransactions, in Dead Space 3 did not go over well with an awful lot of gamers . Not that it necessarily affected the game, but the principle of the thing was troublesome: After paying $60 for the game, the idea that EA was trying to squeeze even more money out of its audience just didn’t sit right.

Yet speaking at the Morgan Stanley Technology, Media and Telecom Conference last week, EA’s Chief Financial Officer Blake Jorgensen made it clear that microtransactions are the future. “We are building into all of our games the ability to pay for things along the way; to get to a higher level, to buy a new character; to buy a truck or gun or whatever it might be,” Jorgensen said. “And consumers are enjoying and embracing that way of business.”

That, too, went over about as well as you’d expect – torches and pitchforks and all that sort of thing. But now it turns out that Jorgensen wasn’t quite as clear about things as he’d seemed, or perhaps he had a moment of clarity of his own and realized that not everyone is as enamored with microtransactions as he is. Whatever the case, he said at the 2013 Wedbush Transformational Technology Conference this week that he’d misspoken.

“I made a statement in the conference along the lines of ‘We’ll have microtransactions in our games,’ and the community read that to be ‘all games,’ and that’s really not true,” he said. “All of our mobile games will have microtransactions in them, because almost all of our mobile games are going to a world where its play-for-free.”

PC and console games, on the other hand, will feature “extensions… which are simply not microtransactions,” he explained. He described those extensions as premium services or add-ons “that allows someone to take a game that they might have played for a thousand hours, and play it for two thousand hours. We want to ensure that consumers are getting value.”

“The real core microtransaction component of our business is in the mobile part of the business, which is the free-to-play business,” he added.

Microtransactions are a standard feature of mobile games these days, so the fact that EA will be including them in all its future mobile releases is hardly a revelation, and like it or not, it is a successful business model. Whether Jorgensen backtracked because he honestly misspoke or because the internet set off a ragebomb in his face is hard to say, but either way, microtransactions – and yes, even in mainstream, triple-A releases – aren’t going away.

Minecraft May Come To PlayStation