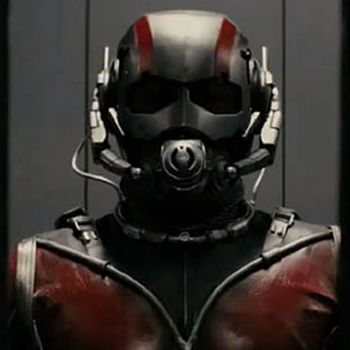 In a shocking turn of events that stunned the film industry, entertainment reporters and movie/comics fandom today, news has broken that Edgar Wright has officially departed as director of Marvel Studios’ long-gestating Ant-Man. Wright had been gradually developing the “Phase 3” Marvel feature since 2006, when it was originally planned as part of the first wave of Avengers lead-ins.

No specific explanation was immediately given for the sudden split, save for press-release boilerplate reference “creative differences” and that the split was “amicable.” This would not be the first time that the Disney-affiliated studio had clashed with one of it’s filmmakers: Director Patty Jenkins was originally hired to direct Thor: The Dark World, but was replaced shortly after production began by Alan Taylor. But this most recent parting of ways comes after Wright had spent almost a decade working with the studio, participating in studio press/publicity events and even crafting an FX demo reel.

No replacement has been named and no further changes have been announced to the film’s production, casting or planned release date. Paul Rudd is at this time still signed to play the title character, who can radically change his height/size at will and was a founding member of the original comic book Avengers team.