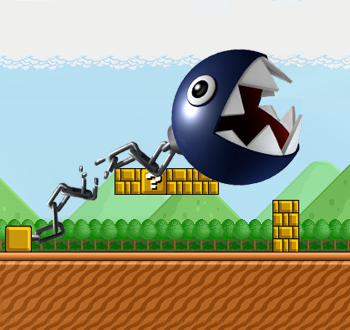 Not only did the third Super Mario Bros. game rewrite the book for the series, it did it in ways you might not realize.

The idea that Super Mario Bros. 3 was more advanced than its predecessors probably won’t come as much of a surprise to most people, but it’s not until you start to break things down that you really get a sense of just how advanced it really was. In Issue 302 of The Escapist, Kyle Orland looks back at just how hard Nintendo was pushing the envelope with SMB3, and how much care and attention went into every aspect of the game.

Everything that makes Super Mario Bros. 3 truly special is exemplified, for me, by a single image: A chain chomp breaking free of his bonds and bouncing off the screen.

On first glance, this hidden extra seems like a relatively meaningless addition to the game, the kind of pointless Easter egg a bored programmer might have thrown together during a coffee break without anybody else noticing. But taken in the context of the game as a whole, that chain chomp’s potential for freedom is emblematic of the way Super Mario Bros. 3 subverts players’ expectations to make a game that feels truly magical.

From the way that Mario moved, to the way that enemies attacked him, Super Mario Bros. 3 was packed to bursting with neat little touches. You can read about them in more detail in Orland’s article, “The World in a Chomp Chain.”