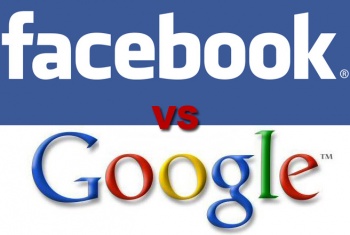 Take, for example, the debacle Facebook finds itself in after a PR firm in the employ of the social networking giant was caught spreading malicious stories about rival Internet megacorporation Google.

“[Facebook] hired Burson-Marsteller, a top public-relations firm, to pitch anti-Google stories to newspapers, urging them to investigate claims that Google was invading people’s privacy,” claims a new report in the Daily Beast. “Burson even offered to help an influential blogger write a Google-bashing op-ed, which it promised it could place in outlets like The Washington Post, Politico, and The Huffington Post.”

The firm would have gotten away with it too, if it wasn’t for meddling bloggers. That “influential blogger” Burson spoke to, declined the firm’s offer to write an anti-Google article, and instead decided to post the offer verbatim on the ‘net. Shortly thereafter, USA Today ran a story alleging that the PR firm was engaged in a “whisper campaign” against Google.

Once this all came to light, Facebook couldn’t exactly deny its intentions here, so instead the company went in the opposite direction. Speaking to the Daily Beast, a Facebook spokesman confirmed Facebook’s connection to Burson-Marsteller, and offered two reasons to explain its motivation: “First, because it believes Google is doing some things in social networking that raise privacy concerns; second, and perhaps more important, because Facebook resents Google’s attempts to use Facebook data in its own social-networking service.”

Google has yet to officially respond to these revelations, and it’s still too early to tell what, if any, the fiscal effects of this public relations blunder might be.

Personally I find this whole situation to be incredibly entertaining, and am looking forward to watching this rivalry heat up. Facebook accuses Google of violating privacy standards, Google accuses Facebook of corporate espionage, and so on until the only real solution involves armies of cyborg ninjas.