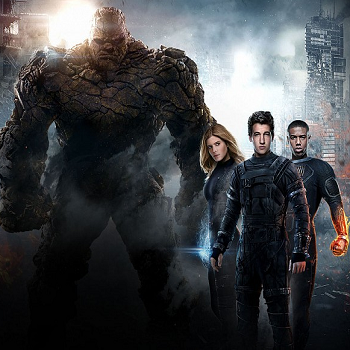 Following the critical and financial failure of Josh Trank’s Fantastic Four reboot, it looks like the franchise might be dead…for now.

Late production reshoots. Literal in-fighting between the cast and crew. An increasingly troubled director who went so far as to trash his own film on Twitter.

These were just a few of the problems facing FOX’s Fantastic Four reboot prior to its release, problems which were only exacerbated when the film tanked at the box office, pulling in just $160 million worldwide on a $120 million dollar budget and costing FOX some $60 million dollars in total when advertising costs were factored in. Oh, and did I mention the 10% approval rate it scored on Rotten Tomatoes?

So yeah, Fantastic Four was a disaster all around. Yet despite being one of the biggest flops of the year, Fantastic Four producer Simon Kinberg insisted that the film would be receiving a sequel, and FOX even slapped a release date on it: June 9th, 2017.

But the best laid plans sometimes go awry, and as such, FOX has backtracked on that previous statement and officially pulled the Fantastic Four sequel from its upcoming release schedule.

Whether this means that FOX is abandoning the franchise altogether (unlikely) or simply buying some more time to rethink and retool the potential sequel (much more likely) remains in question, but one thing’s for sure: You can bet your bottom dollar that Josh Trank won’t be involved.

These Neon-Infused Movie Posters Will Trip You Out, Maaaannn