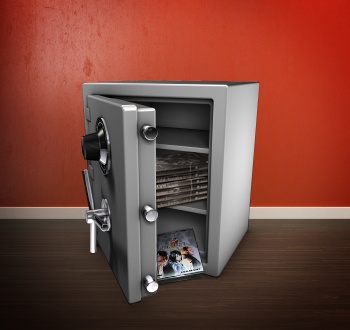 There are some games that designers go back to play time and time again because they fulfill a gaming need.

It’s hard work being a game designer. No, really: They have to dissect games to unlock the secret nugget of fun that’s hidden in each one, effectively killing the experience. They don’t always get to just be gamers and simply enjoy playing something. But there are some titles that every designer goes back to on a regular basis. Sometimes it’s an easily replayable game like Age of Empires, or sometimes it’s a guilty pleasure, like game designer Ian Schreiber explains in Issue 232 of The Escapist:

I admit to being a shameless Square Enix fanboy. I’m sure that someday when I’m in a retirement home and Final Fantasy XXXIV comes out, I’ll be first in line to pre-order it. Never mind that I’ll only play the game once, because I don’t have the patience to go through a hundred-hour RPG a second time. Never mind that I’m fully aware that the games are a series of interminable cut scenes punctuated by repetitive contests of abstract algebra. Never mind that I’ve understood the gameplay patterns of RPGs for most of my life, so I’m not learning anything new by playing yet another one.

My design skills should be kicking in to the point where the whole genre no longer interests me. So why don’t I move on? For some reason, I love these games, even though I shouldn’t. They are my guilty pleasure as a game designer.

Schreiber goes on to tell what games certain designers go back to play over and over. Some can’t stop playing NetHack, others love more social face-to-face games like poker and President (aka Asshole.) And John Romero plays Quake and Doom. No really, you have to read the rest of Designers’ Little Helpers to see what he says about his own games.

There Will Be Brawl: The Story So Far