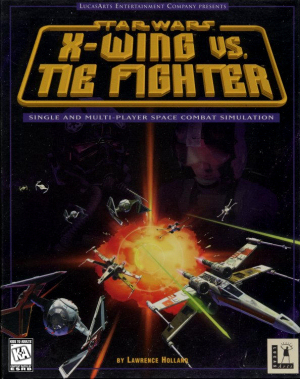 Last October, GOG delighted Star Wars and retro gaming fans everywhere when it announced a new partnership with Disney and re-released six LucasArts retro games including X-Wing, Tie Fighter and more. That was only the beginning however. According to the terms of the deal described by GOG, the online retailer would eventually be adding more than 20 titles from the company’s library of PC classics. As of this morning, we’re six titles closer to that 20 game total.

GOG, in a multi-title release this morning, has added another six Star Wars games to its digital catalog. The new games cost between $4.79 and $9.99 and include the following:

Today’s release marks the first time that X-Wing vs. Tie Fighter, X-Wing Alliance and Galactic Battlegrounds have been released digitally. All three are exclusive to GOG.

To celebrate the new additions, GOG will also be offering a 72-hour 20 percent discount on Battlefront II, Dark Forces and KOTOR II. The previous wave of LucasArts titles will receive an identical discount lasting until Friday, January 30th. Perhaps most exciting than that however, is that the new releases aren’t over. According to GOG’s announcement, “six more” LucasArts games will be added to the site later this week. While the company didn’t indicate if they’d all be dropping at the same time, it did confirm that more will be arriving Thursday after a 48-hour timer counts down on the retailer’s front page. We’ll keep you updated as the week goes along and new games surface.