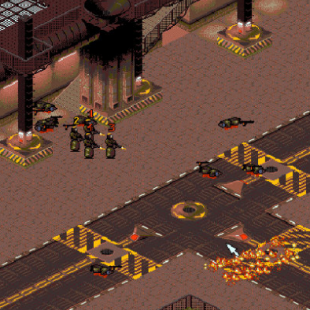 For a short time Syndicate and Syndicate Wars can be purchased together for $3.58.

While the 2012 reboot of the Syndicate games failed to be much more than a run-of-the-mill first person shooter, there are a still a lot of gamers with fond memories of the tactical strategy titles that served as the franchise’s foundation in the early and mid-1990s. Whereas the shooter was pretty much a generic amalgamation of current trends, the older games established themselves as gritty forays into the world of corporate warfare that were drenched in death, destruction and cyberpunk.

Now, GOG is offering a special 24-hour deal on Syndicate and its sequel Syndicate Wars that packages them together at a 70 percent discount. In other words, for the next seventeen hours or so (as of this writing) you can buy both games for a mere $3.58. If you decide you just want one of them the discount drops to 60 percent off, or $2.39 each.

This brief deal comes in celebration of GOG’s recent update of its version of Syndicate. Where previously it had been missing, consumers who buy Syndicate at GOG will now be privy to the American Revolt mission pack, which adds more content to the game’s already robust experience. Customers who previously purchased Syndicate will be able to update their copy of the game free of charge. All in all, if you like strategy titles, cyberpunk, or just cheap good games, this is a decent deal.