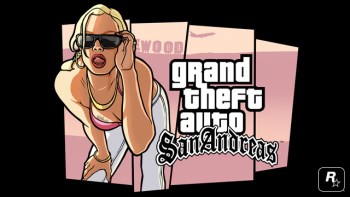 It’s really quite remarkable that a game that seemed so big and demanding in the era of the PS2 can now be played on a flat little piece of plastic you can carry around in your pocket, but that, as they say, is progress, and so it is that Grand Theft Auto: San Andreas is coming to mobile devices in December.

And not just as it was, either: Rockstar says the mobile version of GTA: San Andreas will feature remastered graphics with detailed, dynamic shadows, greater draw distances, an improved color palette and upgraded car and character models. It will also, as befits a mobile game, sport a new touch-control scheme with three optional control setups for driving, and offer a “reworked checkpoint system for easier progression.” For those who have them, it will also support external controllers, including the iOS7 “Made For iOS” controller capability.

So not only is it mobile, it’s also dramatically upgraded as well. Isn’t the modern era a wonderful thing? Grand Theft Auto: San Andreas will launch for “select iOS, Android, Amazon Kindle and Windows Mobile devices” in December.

Wasteland 2 Beta Is Less Than Three Weeks Away (Hopefully)