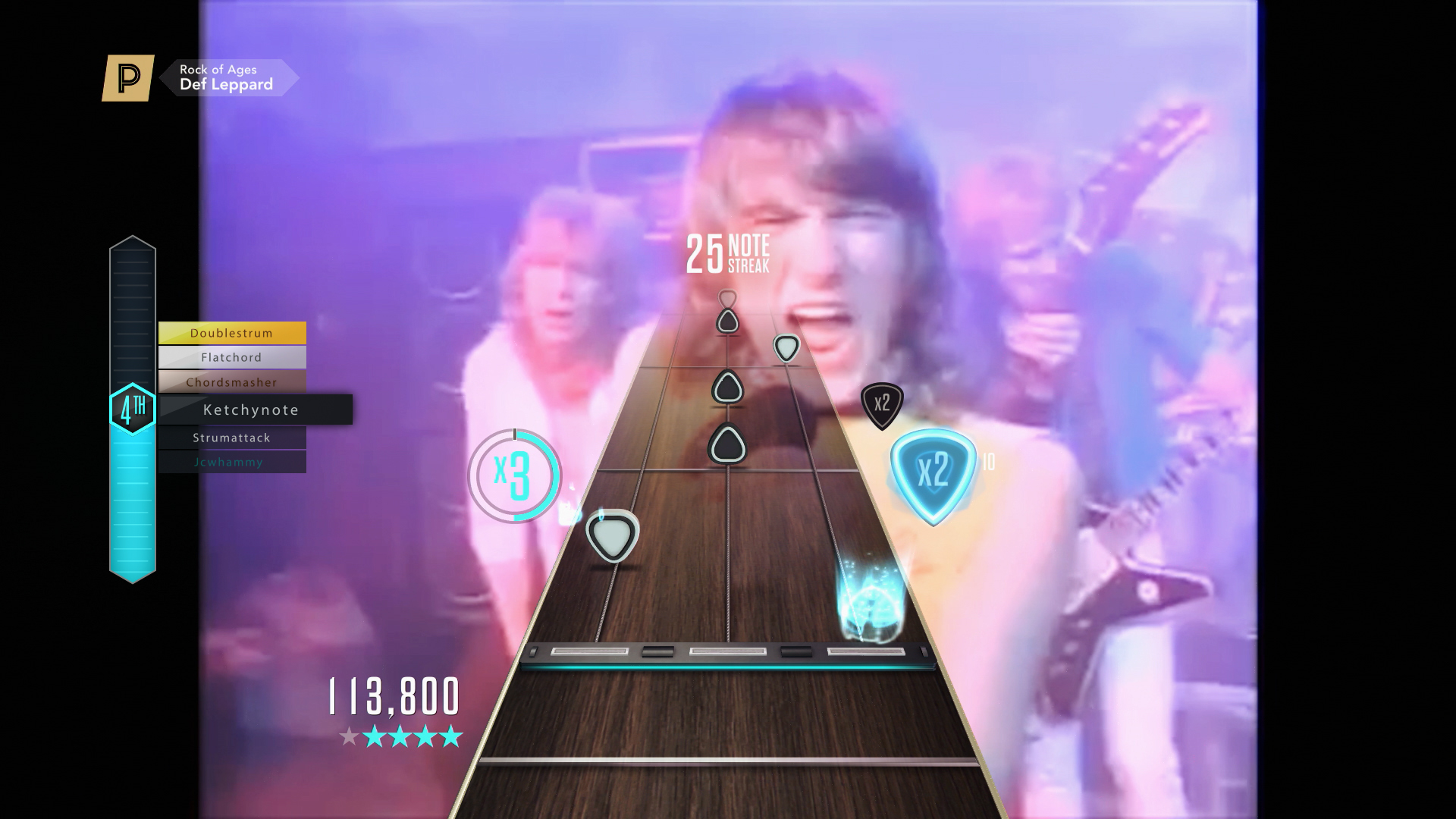 In a press release today, Activision announced that Guitar Hero Live’s GHTV will be the first place to experience Def Leppard’s new music video for Dangerous – and, of course, you’ll be able to play along. The music video is featured on the Def Leppard: On Through The Ages premium show, which will also include songs Let’s Go and Rock of Ages.

In an interview shared by ABC, Def Leppard’s Phil Collen said “It seems like everything has been done, and MTV doesn’t really exist anymore, so it’s cool there’s another medium to represent the song now.”

“I think music videos became painful for a while,” Collen continued. “You had to do them. They cost so much money. It was very corporate. This is cool because it goes back to being artistic.”

In a statement through the press release, Def Leppard’s Joe Elliott said: “When the idea to premiere our newest music video for ‘Dangerous’ in Guitar Hero Live came about, we were thrilled. The way our fans discover and listen to our music has evolved so much throughout the years. Whether they’re playing on vinyl, streaming the songs online or playing along to our music video in Guitar Hero Live, it’s amazing to see how interactive music has become. There are so many interesting ways our fans experience our music, and having the video for ‘Dangerous‘ debut in Guitar Hero Live felt like such a great way to reach all of our fans.”

“From the beginning, our vision for Guitar Hero Live was to create a unique way for fans to discover and play along to all different kinds of music,” added Activision executive Paul Springer. “GHTV is the first place in the US and Europe to watch Def Leppard’s latest music video, and on top of that, you can play along to the video with a new gameplay experience. It’s very cool to be able to work with the band to deliver this type of experience, and we hope the fans love it as much as we do.”

The video for Dangerous is available starting today.