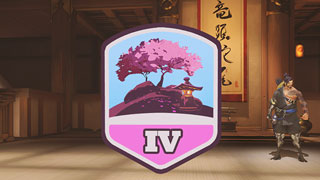 Season 4 of Overwatch is underway, and Blizzard has once again tweaked a few mechanics in the game, including Skill Ratings.

The most recent season of Overwatch Competitive Play has begun, and as usual, Blizzard has made some changes to the way that the game works in its ranked mode. First and foremost is the almost inevitable change to the Skill Rating system.

If you’ve been playing a while, then you know that your Skill Rating will decay if you don’t play. Introduced in Season 2, this was to keep you from attaining a high SR early in the season, and then just sitting on it. Players in the Diamond, Master, and Grandmaster tiers were required to complete at least one match every seven days to keep their rating from going down.

For Season 4, Blizzard is requiring a little more. Now your Skill Rating will begin to decay if you don’t complete seven matches in a one-week period. As the official blog post details,

“When you complete a match, the amount of time until skill rating decay occurs is pushed back by 24 hours, and you can bank up to seven days per week. That means as long as you manage to play seven games over a one-week period, your skill rating will be safe. You could play one match per day or complete all seven in a single session. It’s up to you.”

Other changes include making it tougher to reach both the lowest and highest rankings, and no longer displaying any Skill Ranking below 500.

Blizzard is also making changes to how the top 500 list works. In previous seasons, you only needed to be in the top 500 at some point throughout the season to receive the special spray and player icon that were awarded to those folks. Blizzard feels that made late-season matches less competitive, and therefore the company will no only award the end-of-season items to those in the top 500 when the season ends.

Finally, the game’s respawn timer has been tweaked. Blizzard noted that a common defensive strategy on Assault, Escort, and Assault/Escort maps has been to just throw respawning defenders onto the point to delay the attackers. While this rarely changes the outcome of the battle, it does slow down the attacking team. To combat that, the respawn timer has had a stacking delay added to it. Blizzard says,

“This season, we’ve implemented a respawn time delay that’s activated when the attackers outnumber the defenders on a contested point. If the point hasn’t been captured and the defense hasn’t regained the advantage after a specified time, the defender respawn timer will slowly begin to increase until it hits a maximum value. If the defense manages to gain the upper hand, the timer resets to zero.”

The company says that while it hopes this will encourage defenders to group up and retake the objective, as well as reduce the number of ties, it is also working on a “more robust solution” for breaking ties that do occur on Assault maps.

Season 4 of Overwatch is live right now, so if you’re hoping to get involved, you should get your placement matches out of the way as soon as possible.

Trading in Pokemon GO Will be Local, Not Online