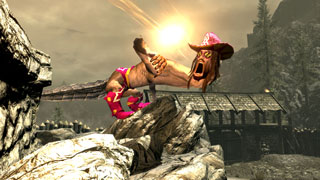 If you’ve ever used mods on your Skyrim save, it probably won’t work on the Special Edition.

At this point, I think that most everyone playing The Elder Scrolls V: Skyrim on PC has used at least one mod. It’s hard to blame you, as there are mods that do everything from add new hairstyles to add lots of new content. But there’s some bad news out there today: any Skyrim saves that use mods probably won’t work in the Special Edition.

According to the documentation provided to outlets with review copies of the Skyrim Special Edition (emphasis mine):

The Skyrim Special Edition launches today on PC, PS4, and Xbox One.