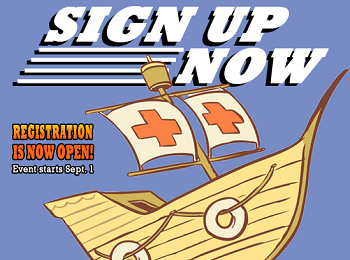 The global game jam Indie Speed Run will give prospective developers the chance to demonstrate their skills and win cash prizes.

Do you fancy yourself a game maker and want a chance to show off what you can do? The Indie Speed Run might be just what you’re looking for. A global game jam, the Indie Speed Run challenges developers of all skill levels to build a unique game based on randomly assigned themes and elements. The first 500 entrants will be given a code they can use to activate a Unity Pro license that will last them for the month of September. Interested teams, in turn, might want to be fast about signing up because the event is already in progress.

Entrants will be asked to set up a 48 hour countdown at the official Indie Speed Run website. After the timer runs out their game submission will be presented before a panel of judges that will include industry figures like Notch, Suda51, Peter Molyneux and Ben “Yahtzee” Croshaw, among others. Participants will be vying both for industry recognition as well as some nifty cash prizes that will include a grand prize of $3000.

The grand prize will go to a development team selected by Yahtzee. Additional People’s Choice ($1000) and Wildcard ($500) prizes will be awarded to teams selected by the gaming public and by Indie Speed Run, respectively. Gamers interested in casting their vote will get a chance to sample and entries during the month of October where they’ll find them available for play at the Indie Speed Run website and at The Escapist.