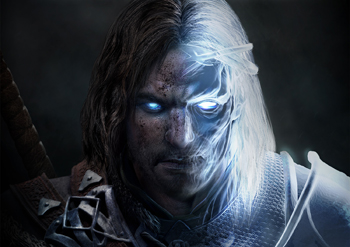 Finally, a complete game in one package.

In what should come as a surprise to absolutely nobody, Warner Bros. has announced a Game of the Year edition for Middle Earth: Shadow of Mordor, bringing together the game and all of its downloadable content into one collection for one low, low price of $49.99. And, as it would probably be a bad move to announce such a product long in advance of its availability, it’s coming soon. The collection will launch digitally for Xbox One, PlayStation 4, and PC on May 5.

No other consoles have been included in the announcement, suggesting that Xbox 360 and PlayStation 3 owners who may have been holding out for such a collection have been left with no collection to buy.

Those who do buy are going to get a lot for their money. The already large main campaign is bolstered by two story packs, “The Lord of the Hunt” and “The Bright Lord,” a collection of challenge modes and several Warband missions first made available individually or with the purchase of the game’s Season Pass. Players will also have access to a range of additional character skins and runes to bolster their abilities with.

Originally released in September of 2014, Middle Earth: Shadow of Mordor racked up considerable praise from critics and fans alike. Ben Croshaw of The Escapist rated it his top game of 2014, and it was recently honored with Game of the Year at the Game Developer’s Choice Awards during GDC 2015. It also sparked controversy surrounding pre-release marketing efforts, which involved placing considerable restrictions on brand deals with YouTube presenters and requiring final approval on their content.