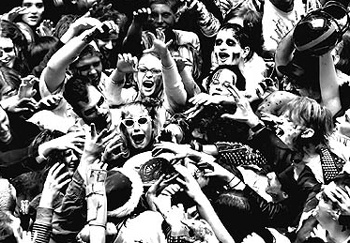 Despite the popularity of World at War‘s Nazi Zombies mode, Infinity Ward has pledged that Modern Warfare 2 will remain undead-free.

Call of Duty: World at War was fairly well-received when it hit shelves at the end of 2008, though many complained that Treyarch was simply piggybacking on the coattails of its Call of Duty elder brother Infinity Ward. However, what seems to have become the most popular and enduring part of World at War was a Treyarch original: the Survival-style Nazi Zombies mode.

Indeed, while many CoD fans have jumped ship to the shiny new Modern Warfare 2 multiplayer, there are still quite a few who return to WaW just to get a taste of those goose-shambling zombies trying to eat their delicious Allied brains. So, given the popularity of Nazi Zombies, you’d think that Infinity Ward would be at least considering a Russian Zombies (or some such) mode for MW2, no?

Not so much. IW seems content to leave Modern Warfare grounded at least mostly in reality without resorting to the supernatural, according to community manager Robert “fourzerotwo” Bowling. At last weekend’s Call of Duty Finals Tournament, Bowling put a kibosh on the issue once and for all. “There will be no Nazis or zombies in any piece of Modern Warfare 2 downloadable content.”

Oh well. Maybe we’ll get Vietcong Zombies in Treyarch’s next Call of Duty, scheduled for this holiday season and heavily rumored to be taking place during the Vietnam War.

Satanic Themed Videogames on the Rise