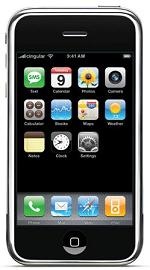 The app in question involved a drawing of a sad baby that would cry until finally shaken by the iPhone user, at which point the baby would stop crying and receive two red “X”s over its eyes. Despite the app’s “gameplay,” it includes the message: “Never, never shake a baby.”

After somehow making it past Apple’s approval process, several child welfare groups caught wind of the app and are now demanding an apology from Steve Jobs himself.

Apple’s app approval process is fairly stringent, forbidding programs that have “any obscene, pornographic, offensive or defamatory content or materials of any kind (text, graphics, images, photographs, etc.) or other content or materials that in Apple’s reasonable judgment may be found objectionable by iPhone or iPod touch users.”

While the app is certainly tasteless, it is quite obviously a joke and the forced outrage from the shaken baby groups seems a bit much. Far be it from me to discredit the opinion of someone who has lost a child to shaken baby syndrome, but any child whose parent would be stupid enough to actually follow this app’s advice would not be long for this world anyway.

Save The World While Saving Your Insulin

Did You Say “Robot” Penguins?