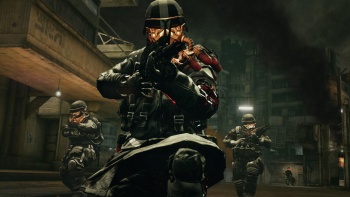 Contrary to popular opinion and even the intent of Sony themselves, Guerilla Games doesn’t think the PS3 is hard to develop for at all. They think it might actually be simpler than developing for other consoles.

The PS3 is hard to develop for. Gabe Newell says so. Everybody else seems to say so. Even Sony agrees – they apparently made it this way on purpose, after all. But Guerilla Games, the studio behind PS3 technical powerhouse Killzone 2, would disagree. PS3 development to them? Child’s play.

“I think a lot of those stories that you hear about it being ‘so difficult’ are coming from developers who are native to other consoles and then start working on PS3, because it is very different,” Guerilla’s Hermen Hulst said. “But like us, if you are native to PlayStation, our tech director doesn’t say it’s particularly difficult.” According to Hulst, Guerilla had a harder time cracking the PS2 than it did with the PS3.

Arjan Brussee got into the technical aspects, saying that the PS3 is a “simpler architecture than some of the other consoles.” Brussee explained that the Cell processor’s high speed “DSPs” and “SPUs” make it easier to program for, since you can “throw all your calculation tasks” at them. Meanwhile, multi-core architectures that you find on the PC and 360 means doling out multiple tasks to multiple processors, and syncing them is a “huge complex issue to solve and get stable.”