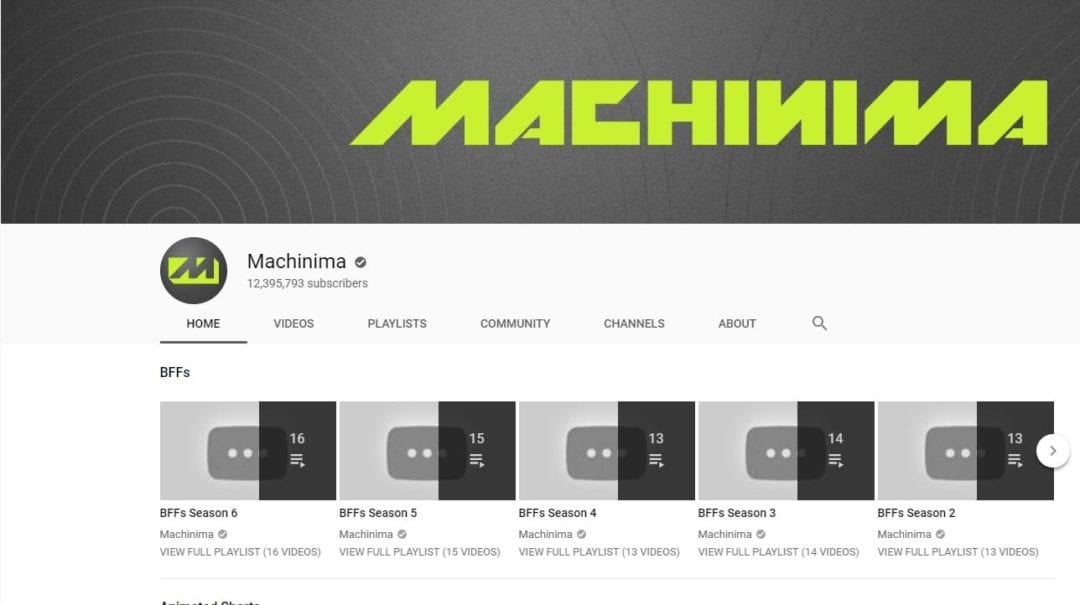 Online content is finite. The belief that our favorite articles, artwork, or videos will be available online for perpetuity is misguided. While uploading content to the internet ensures our writings and videos can survive the wear and tear of time, a content rights holder could remove years worth of popular work in a Thanos-esque snap.

Machinima, a popular gaming YouTube channel with over 12 million subscribers, experienced just that. As late as January 18, nearly all of Machinima’s videos were placed on private, making the vast majority of the channel’s library unwatchable.

Machinima’s video removal was unexpected. Most of these videos used in-game graphics to tell unique narratives, a painstaking process, but now that work may be lost for good. Both creators and long time viewers were blindsided by the content deletion. RIP Machinima began trending on Twitter as former Machinima talents like Ricky Hayberg lamented how seven years of hard work had been “lost to the sands of time.”

The content purge occurs as Machinima is being phased out of existence. AT&T, Machinima’s parent company, laid off 10% of staff across the organization in December 2018 and subsequently restructured the media conglomerate. According to a leaked message to Machinima content creators, Machinima was placed into AT&T daughter company Otter Media’s and later into its subsidiary Fullscreen in January 2019.

Otter Media portrays the content deletion as business as usual. “We are focused on creating new content with the Machinima team, which will be distributed on new channels to be announced in the coming months,” Otter Media said in a statement to Kotaku UK. “In the meantime the Machinima network of creator channels continues to showcase the talents of the network. As part of this focus on new content, we have pivoted from distributing content and a handful of legacy operated channels.”

Until then, Machinima’s legacy has been pivoted from YouTube and into the trash.

Superhero Films Could Borrow Some Moves from Into the Badlands