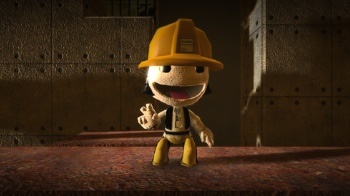 A job listing posted by LittleBigPlanet creator Media Molecule suggests that the studio is currently developing a “ground-breaking” game for the PS3.

What is Media Molecule up to these days? They’re working on LittleBigPlanet updates, they’re helping out with LittleBigPlanet PSP, or at least that’s what we know about. Seems like more than enough for a small studio like MM, but a crew of folks as imaginative as those guys can’t not be doing something bigger than that, right?

Judging from a job listing posted by the studio, Media Molecule just might be working on something new. The ad is for a Gameplay Programmer, and has Media Molecule describing itself as “a new independent studio working on a ground-breaking, AAA, PS3 title for Sony Computer Entertainment” that is currently expanding.

The job requires things like “experience writing and maintaining physics code” and experience with “a console game with an online component,” both of which, as Destructoid points out, sound like the kind of qualities good for someone working on LittleBigPlanet 2, or maybe something entirely new.

Then again, the listing could simply be for someone to continue the ongoing work on LittleBigPlanet – with Media Molecule’s growing portfolio they might be looking for more talent just to keep things running well.