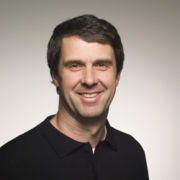 Rumors of trouble and dissent at the Entertainment Software Association (ESA) started when major publishers Activision and Vivendi left the organization, closely followed by LucasArts and id Software.

Microsoft entertainment executive Robbie Bach, who served as both ESA Chairman and remains Microsoft’s representative on the board of directors, believes that the departures of Activision and Vivendi were due to their ongoing merger, not the leadership of ESA Chief Executive Officer Mike Gallagher.

“Mike’s doing a great job…. I think he was the right hire; I think he was a good hire,” complimented Bach. “But he’s had to deal with a lot of change all at once, so that just makes his job harder than it probably needs to be.”

This doesn’t downplay the huge impact felt in the ESA by the loss of some of its biggest supporters.

Bach noted, “Certainly we have to assess the impact of not having them as dues-paying members. That does have an impact.”

You Have to Lock the Entry!