An official Tweet teasing cross play between the PS4 and Xbox One versions of Minecraft has been deleted.

“Minecraft brings everybody together, including competing devices! Realms supports cross-platform play, & there’s a free trial,” Tweeted the official Minecraft Twitter earlier this week. As you can see in the embed below, the Tweet is accompanied by a rather generic picture of people playing Minecraft on tablets. 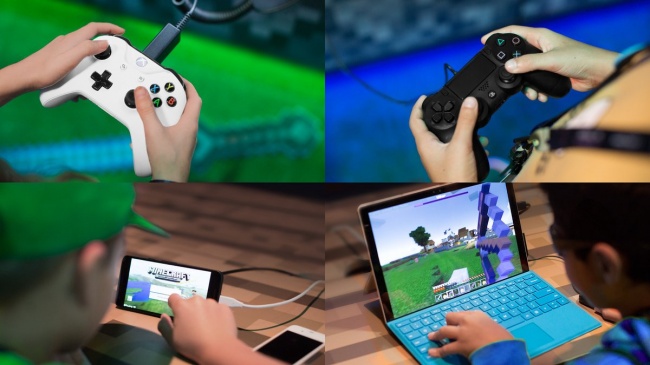 As you can see, it features an Xbox One and PS4 controller, as well as a PC and a tablet, which suggests that cross-play will be coming to all four platforms. Similarly, the wording of the Tweet (“competing devices!”) does suggest that this was initially the intent. This image was quickly deleted and replaced with the one we see now.

So what happened here? The simple explanation is that someone just made a mistake, and that Minecraft cross-play between PS4 and Xbox One is not, and never will be, a thing. The more complicated one is that someone spilled the beans a little too early, and Mojang is waiting to make this announcement in a more official capacity. The devious explanation is that Sony, who has rejected cross-play between Xbox One and PS4 in the past, has deliberately pulled the plug.

Take it as you will.