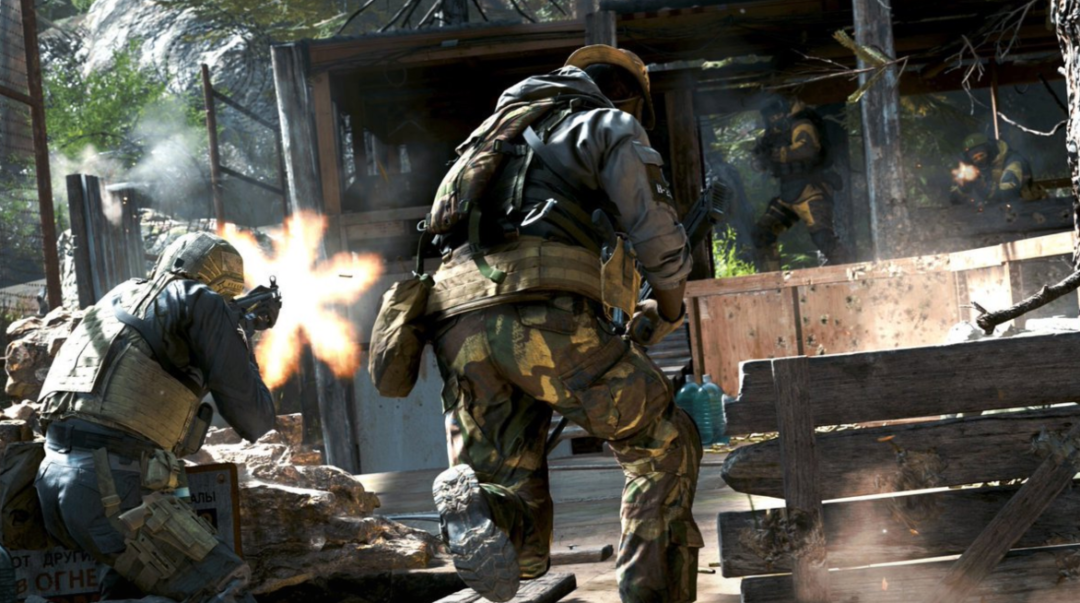 After today’s glimpse of Call of Duty: Modern Warfare multiplayer gameplay, Activision is promising to further pull back the curtain next month.

Nearly an hour and a half of footage from the game’s multiplayer mode, Gunfight, were broadcast on Twitch today by various streamers. Though there was plenty to digest, the full “multiplayer universe” reveal with more information is coming Aug. 1.

As announced yesterday, streamers LEGIQN, ProSyndicate, TylerTeeP, and CouRage each livestreamed footage in its entirety as they played in teams of two from match to match. Along with a laundry list of guns to check out, the footage offered a taste of a few of Modern Warfare’s maps.

Gunfight in particular, as described by TylerTeeP, is “small maps, high action” where players are dropped in with random loadouts for each game. Though the loadouts are random, each player in the game is given the same guns to utilize.

If the round does not end within 40 seconds, a flag is spawned that players can claim for victory. If the flag is not captured before the extended time limit, the team with more health wins the match.

Three maps were shown in total, including King, a warehouse-type location with an elevated centerstage; Stack, a narrow shipping yard; and Pine, the appropriately-named forest area.

On top of all of today’s news, some new Call of Duty: Modern Warfare screenshots found their way to Twitter thanks to @MWModernWarfare.

Call of Duty: Modern Warfare releases for PC, PlayStation 4, and Xbox One on Oct. 25.

Tragic Realism Is the True Hallmark of Call of Duty: Modern Warfare