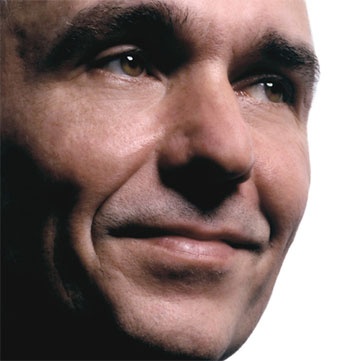 Just what has Peter Molyneux done to Fable 3 that will make the entire videogame industry boil over in anger? Nothing.

Last week, Microsoft Games Studio big-shot Peter Molyneux made a statement that Fable 3 would probably make gamers “super pissed off”. The reason has just been revealed at Microsoft’s X10 event, though it’s not quite as bad as he anticipated.

Is it that Fable 3 is going to be controlled by a single button? No. Could it be that Fable 3 has become a puzzle game? Also no. Instead, it sounds like something that would actually make gamers happy, and involves “simplification.”

First of all, health bars have taken a hike, and been replaced with the type of system found in Mass Effect 2 or Gears of War where the world’s colors will fade to black-and-white as a player is damaged. In Molyneux’s own words: “Look at the screen! It’s completely clean! Why do we need the fucking health bar?” In fact, Fable 3 will get rid of all HUD elements: bars, meters, etc.

Experience orbs are also gone in Fable 3, which could potentially be a decision that angers hardcore RPG fans that require experience points in all of their RPGs. Instead of orbs, a character’s followers will decide his level of stature in the game. This sounds like an interesting change, but I won’t judge it until trying it for myself.

There are other new features that Molyneux revealed, such as weapons that will change both a character and themselves depending on how they are used. Using a certain kind of sword might make your character thin and tall, while killing a certain kind of monster will cause the weapon itself to become spiky. In addition, there will be a “touch” mechanic in Fable 3 that will allow players to punish or play with children, and to drag beggars over to slave traders as they gradually pull harder and harder to get away when realizing they are going to be sold. Sounds creepy.

Molyneux apparently wasn’t supposed to reveal as much as he did, but with this bit of information Fable 3 already sounds like an intriguing RPG. I’m not pissed off at all, in truth, I’m actually excited.