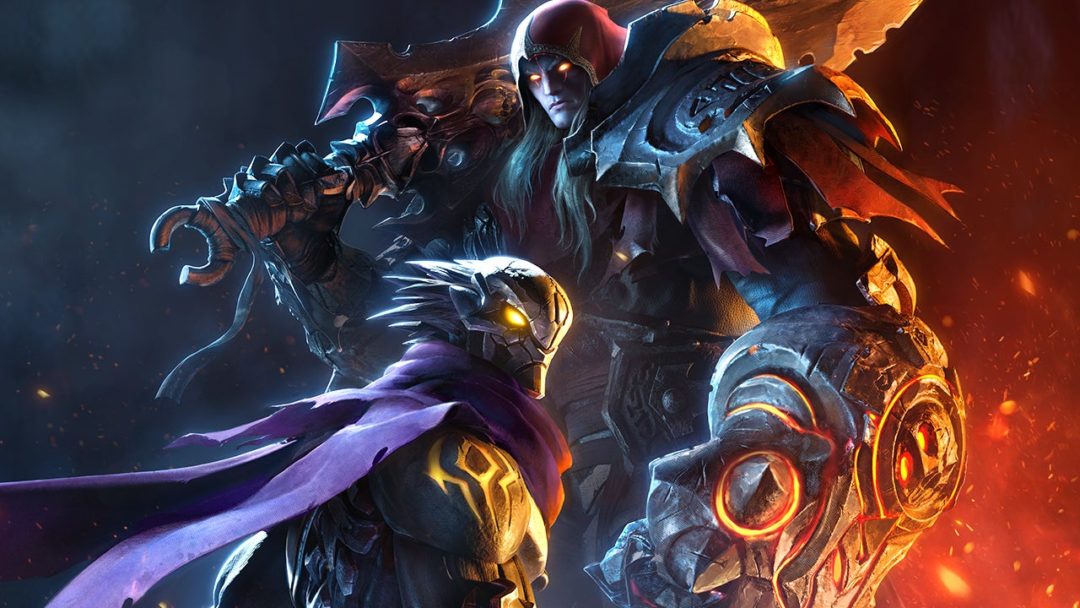 Genesis will focus on series-original Horseman of the Apocalypse Strife, who together with Darksiders III protagonist Fury replaces traditional Horsemen Pestilence and Famine. The Escapist’s own Yahtzee Croshaw speculated way back during the first Obama administration that a Horseman named Strife might have to rely on giving his opponents crippling anxiety disorders as an offensive manoeuvre, but as the new teaser trailer reveals, he actually just shoots people using guns that fire bullets.

It’s to the point, sure, but you’ve got to admit it lacks a certain subtlety that the original Book of Revelation Horsemen possessed. Perhaps famine was deemed too gradual and indirect a method of mass death to support a loot-driven hack-and-slash video game. And this promises to be the most loot-driven, hack-and-slash Darksiders of them all. The series has always drawn inspiration from Blizzard’s dungeon crawling RPGs — especially the Death-starring second installment — but Genesis will go so far as to adopt Diablo’s top-down isometric camera angle, not just its gameplay loop of slitting up demons and stealing their pants.

This is a natural progression for Darksiders, a series which has always benefitted from a distinct, maximalist aesthetic, but struggled to find its own mechanical identity, preferring instead to borrow liberally from of-the-moment (or even a-little-after-the-moment) gaming trends. The first Darksiders came out in January of 2010, just two months before the hotly anticipated would-be series conclusion God of War III. Not coincidentally, it starred a Godlike character named War, who carved a Kratos-esque bloody path through a who’s-who list of religious and mythological figures. Last year’s Darksiders III rode the cultural wave produced by the Dark Souls series, featuring a greater emphasis on one-on-one combat, an explorable open world to replace the Zelda-like dungeons of its predecessors, and a checkpoint system that could be described as “bonfire-adjacent.”

Now, with Diablo III still chugging admirably along, and indies like Dodge Roll’s Enter the Gungeon and Supergiant’s Hades exploring what else dungeon crawlers are capable of, Darksiders has decided it’s high time to eat the leftovers of this genre too. Perhaps at this rate we’ll get a Darksiders battle royale title in three or four years.

Darksiders Genesis doesn’t yet have a release date, but it’s set to be playable at next E3 next week. It’s slated to come out for PlayStation 4, Xbox One, Switch, PC, and Google Stadia.

We Know What Google Stadia Costs, but Will It Be Worth It?