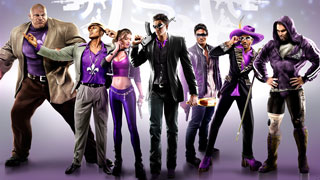 There’s a new Humble Bundle and it’s chock-full of Saints Row and other Deep Silver games.

The Saints are back in town in the newest Humble Bundle. This time around, it’s being called the “Humble Saints Row Bundle,” but there’s more than just Saints Row here. You can also lay your hands on Risen 3, Homefront and more.

As usual, you can get a few games for just $1. Risen 3: Titan Lords Complete Edition, Deadlight: Director’s Cut, Homefront, and Saints Row 2 make up the bottom tier of this bundle.

If you beat the average price ($5.08 at time of writing), you’ll unlock the second tier of games, which includes Saints Row: The Third, Saints Row: Gat Out of Hell, Mighty No. 9, Killer is Dead – Nightmare Edition, and more games that are set to be revealed next week.

Finally, there’s a $75 tier that adds a pre-order for Volition’s newest game, Agents of Mayhem, to all the other games in the bundle.

The bundle is available now, and will close down on August 8.

Check Out Nine More Cards from the Upcoming Hearthstone: Knights of the Frozen Throne Expansion

Get the Complete Python Programming Bundle for Just $79