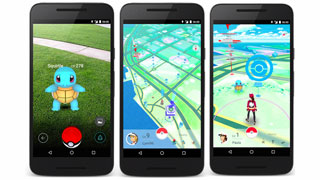 If you’re worried about the security problems with Pokemon GO on iOS, Niantic says there’s a fix on the way.

If you’ve been busily trying to “Catch ‘Em All,” you might not have heard that there are some security concerns with the iOS version of the popular app. A security researcher from RedOwl named Adam Reeve posted about the issue on Tumblr.

In short, signing into Pokemon GO on iOS grants the application full access to your Google account. This level of access would give the app the ability to read your email, send email as you, and modify nearly all of your account info. Obviously, some players were worried about giving away that much access to a game.

Thankfully, Niantic has responded to the issue. In a statement given to MCV, the developer said,

“We recently discovered that the Pokemon GO account creation process on iOS erroneously requests full access permission for the user’s Google account. However, Pokemon GO only accesses basic Google profile information (specifically, your User ID and email address) and no other Google account information is or has been accessed or collected.”

Apparently the app requesting full access is just an error, and the company is working to remedy that error as soon as possible. Niantic said, “Once we became aware of this error, we began working on a client-side fix to request permission for only basic Google profile information, in line with the data that we actually access. Google has verified that no other information has been received or accessed by Pokemon GO or Niantic.” The company also said that users will not need to take any action, as Google will be reducing the permissions accordingly.

You can check what access Pokemon GO has to your Google account right now by clicking this link.