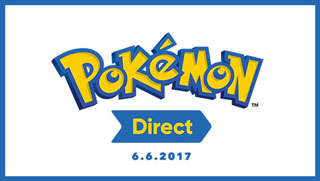 Could this be the announcement of a Pokemon game for Switch?

Nintendo will be streaming anew Nintendo Direct tomorrow morning at 10 AM ET, and it will be focused on Pokemon. The stream is planned to last eight minutes, Nintendo says.

Since this is the first Pokemon-themed Direct since February of last year, when Nintendo announced the 20th anniversary celebration events. As you can imagine, speculation is running rampant about what might be announced.

Chief among the rumors is a Pokemon title for the Nintendo Switch. This first hit the news last November, when a rumor went around that the game would be called Pokemon Stars. That rumor gained more weight in March, when Game Freak posted job listings looking for developers to work on a “globally popular RPG.”

Obviously, there’s no way to know what Nintendo might have in store for us tomorrow, but it will certainly be of interest to any Pokemon fan. It’s also worth noting that the official Pokemon site says that it will have “coverage of the news after the Pokemon Direct concludes.”