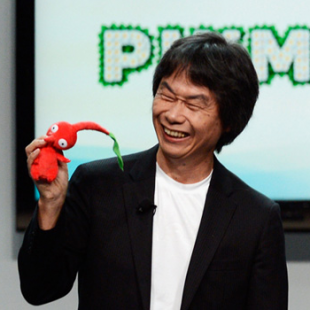 You may remember Shigeru Miyamoto as the man behind pretty much every big franchise Nintendo can lay claim to. Super Mario, Zelda, Star Fox, Pikmin; he’s had a hand in all of them and more. That being said, as of late the famed game creator has been taking a less direct role in the furtherance of his franchises, instead leaving the development of major projects in the hands of others within Nintendo.

For instance, Miyamoto, commenting recently on Zelda producer Eiji Aonuma, said “he doesn’t need me any more.” While “the final responsibility” for new Zelda titles is still left to Miyamoto himself he stated that he’s “definitely able to leave the series up to [Aonuma] in a way.” It’s a similar case, he stated, with producers including Yoshiaki Koizumi (Super Mario 3D World), Hideki Konno (Mario Kart 8) and Katsuya Eguchi (Animal Crossing). “These are the main producers that we’ve trained who are talented enough and we can allow them to oversee the project and manage all the details and still maintain the Nintendo level of quality.”

While it’s somewhat sad to think of the man behind so many classic game franchises taking a smaller role at Nintendo, it makes sense for Miyamoto to be training people to take over for him. After all, even if he were an endless fountain of ideas, we imagine he might. at some point, want a break from being the creative center of one of the world’s most important entertainment companies. Not to mention that, as tragic recent events have proven, even giants eventually fall.

Left Behind Games Accused of Scam