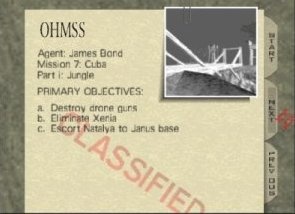 “The story in Xbox World 360 is based entirely on rumor and speculation,” a Microsoft official said.

“Unfortunately, we were never contacted by the publication to confirm information or participate in the story in any way, as we would have confirmed that we do not have the necessary rights to release GoldenEye on Xbox Live Arcade.”

The Microsoft source did say the company would “love” to host GoldenEye if it could reach a deal with Nintendo.

In a CVG.com blurb, the story is said to show “never-seen shots and hands-on details” about the remake. But the blurb then hints it may not be in the offing, asking “And how can we make sure this incredible remake does see the light of day?”