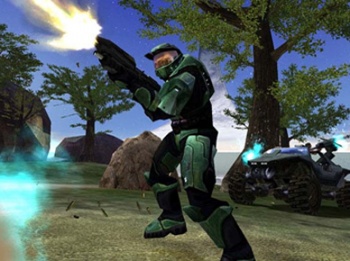 Microsoft is looking towards the future right now, says Microsoft’s Phil Spencer, and isn’t planning on gussying up the past anytime soon.

Spencer isn’t necessarily against the idea of remakes, but says that he hasn’t given the matter a lot of thought. But he did express concerns over whether Microsoft Game Studios would be able to deliver a product that customers wanted at a reasonable price, as well as how the logistics of fitting such projects into the schedule. “I’m going to think about it from the customer’s perspective,” he says. “Are we really delivering something of value to the customer at a price that they want? … If you can provide real value to the customer, there could be possibilities for that.”

Sony has a slight edge over Microsoft when it comes to remastered rereleases, as it’s a lot easier to cram multiple games on a Blu-Ray disk than it is on a DVD. But even split over a couple of disks, HD versions of the first two Halo games would probably sell alarmingly fast. Spencer might say he’s not given it a lot of thought, but I wouldn’t be particularly surprised if he turned around and announced it tomorrow.