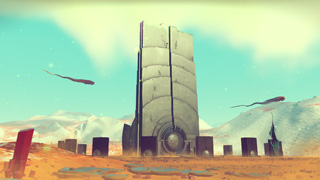 The first No Man’s Sky patch bring a host of changes, and those playing early may want to delete their saves so they don’t miss out.

No Man’s Sky releases this week, with the console version due tomorrow and the PC version coming on Friday. The patch will launch alongside both versions, and will bring significant changes to the game. The changes are so involved that players who have gotten their hands on an early copy will have to delete their saves to see them all.

Studio founder Sean Murray announced the patch in a post on the game’s official website, and he stressed that the need to delete saves was unique to this patch, saying, “We highly recommend deleting your save if you have played before updating your game (we won’t do this in future, but it’s a day zero update).” The servers were wiped on Sunday, and again today. Murray said that the new update would be available to reviewers today once it exits the submission process.

Some of the major changes in the patch include: