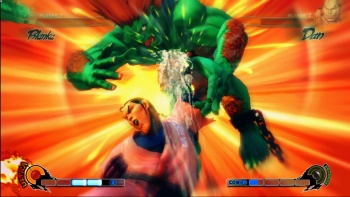 February showed strong sales all around for both software and hardware, with Nintendo unsurprisingly staying strong on the hardware front and Street Fighter IV and Killzone 2 making impressive showings on the software charts.

Nintendo managed to push three quarters of a million units of the Wii with 753k consoles sold. The DS took in 588k sales. Meanwhile, the 360 had its best non-holiday month since the release of Halo 3 with 391k systems sold. Sony’s systems followed with the PS3 selling 276k, the PSP 199k and the PS2 131k.

All’s not doom and gloom for Sony, though, as the PS3’s marquee shooter Killzone 2 sold 323k copies, which put it in fifth place in the software sales charts. Considering the game was only released for two days in February, that can rightly be considered a strong debut for the much-ballyhooed shooter.

The real star among software, however, was Capcom’s Street Fighter IV, which looked downright indestructible as it pushed 446k copies on the 360 and 403k copies on the PS3 to take second and third place respectively in the software race, behind Wii Fit. Of course, if you want to add both the PS3 and 360 numbers, you’d get 849k, which would mean that SFIV outsold Wii Fit‘s 644k, so think about it that way and maybe you’ll sleep a little easier at night, Hadoken-holics.

Overall, sales showed growth from last year’s February numbers, despite the fact that there wasn’t a global economic catastrophe in progress a year ago. Software alone saw a 14% increase in units sold over February 2008, while the sum of hardware, software and accessories sold brought the grand total to $1.47 billion, a 10% increase over last year. “The U.S. video games industry continues to post strong year-over-year comps despite the tough economy,” Anita Frazier of the NPD said.

BioShock 2 Will Not Have Co-Op