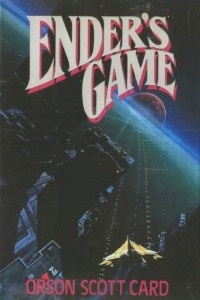 The games will be based on the “Battle Room” scenarios taken from the novels, in which human children undergo harsh military training as part of Earth’s war effort against a hostile alien race known as the Formics. Development on the games is expected to begin later this year.

“From the moment I started working with Donald Mustard and his team at Chair, I knew that these were the guys I wanted to do the first Ender’s Game videogame,” Card said. “It’s not enough to slap the Ender’s Game name on just any game – it has to be exciting, memorable, and endlessly replayable. Chair shares my understanding of this and I am looking forward to working with them to ensure the game is authentically Enderish as possible.”

Donald Mustard, Creative Director at Chair Entertainment, said, “I have been a huge fan of Ender’s Game since I was ten years old, so it is a true honor for our team to be entrusted with creating the first videogame inspired by this classic story. Our goal is to create an authentic Ender’s Game experience that delivers awesome gameplay and can be enjoyed by both longtime fans and gamers new to the series.”

Ender’s Game is a series of novels and short stories by Card which debuted as a novelette in the August 1997 issue of Analog Science Fiction and Fact. The expanded novel won the 1985 Nebula Award and 1986 Hugo Award for best novel, while its first sequel, Speaker for the Dead, won the same awards the following year, making Card the only author to have ever won both awards in consecutive years.