Outlast 2 is coming next year, and the Red Barrels team is launching a Kickstarter to upgrade your underwear.

Outlast was one of the scariest horror games of the past few years, largely owing to the design decision to give the player nothing more than a camera with night vision and the ability to run like hell. After the success of the original, developer Red Barrels confirmed in late 2014 that it was hard at work on a sequel. Although that sequel was delayed into 2017 earlier this year, it’s apparently shaping up to be quite terrifying in its own right. In fact, it’s expected to be so terrifying that Red Barrels has launched a Kickstarter campaign to upgrade your underpants before the game comes out. 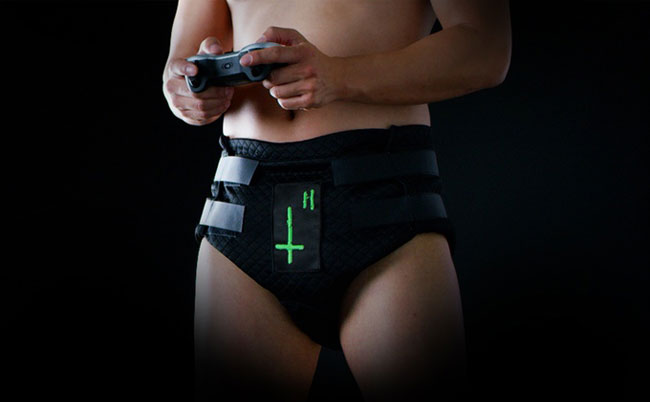 The Kickstarter is for a brand new type of underwear called “Underscares.” The tagline for the campaign is glorious, reading,

“You shat, we listened. Introducing Underscares, the Outlast 2 companion diaper. Because when you’re scared, #2 can become problem #1.”

The campaign explains that after the release of the first Outlastthe company received “numerous reports of soiled undergarments and unprepared anuses.” Accordingly, they wanted to come up with a solution, and this campaign is it. In short, Underscares are “a diaper prototype that combines practicality, comfort and style so gamers can experience abject terror without worrying about dirtying their egos (or their couches).”

Pledge tiers range from about $4 (pledges are in Canadian funds, so the exhchange is approximate) without any rewards, to about $41 that gets you a basic Underscare and a Steam Key for Outlast 2. Upgrade to the Deluxe Underscare, and you’ll pledge around $56. Finally, you can pledge just under $5,000 to get six Deluxe Underscares, six Outlast 2 Steam keys, six sewable patches, and the Outlast chapel that was used in the game’s booth at PAX East.

Of course, it’s only natural to want to know if this is real, or just a prank. The very first question in the campaign’s FAQ reassures us that “Yes, Underscares are a 100% real, physical product.” The company also says that this campaign isn’t intended to raise additional funds for the development of the sequel, which was “fully funded by the sales of Outlast and Outlast: Whistleblower.”

So, if you’re ready to protect your skivvies from the chance of an unplanned evacuation, it looks like you can do that and get Outlast 2 to boot. Here’s the Kickstarter campaign page. What will they think of next?

Overwatch‘s Symmetra to Get a Second Ultimate Ability