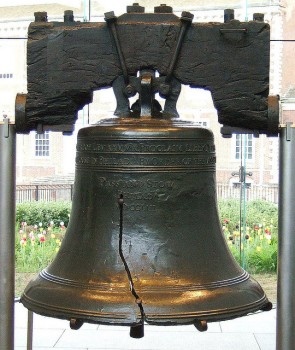 Bloggers in the city of Philadelphia could find themselves on the hook for a $300 “business privilege license” if they have revenue-generating ads on their sites, even if they only bring in a few dollars a year.

Most blogs are labors of love. They’re an outlet for frustration and creativity, an opportunity for people to babble about their favorite topic or vent about whatever’s on their nerves and, for the vast majority of those who keep them, an absolutely terrible way to make money. The City of Brotherly Love has found a way to make some bucks from them, however. It’s begun charging bloggers $300 for a “business privilege license” if they have ads on their sites, no matter how paltry the amount they bring in.

Marilyn Bess, who keeps the MS Philly Organic blog on WordPress and “infrequently” contributes to ehow.com, received a letter from the city in May demanding $300 for a license. She estimates she’s brought in about $50 over the past few years. “The real kick in the pants is that I don’t even have a full-time job, so for the city to tell me to pony up $300 for a business privilege license, pay wage tax, business privilege tax, net profits tax on a handful of money is outrageous,” she said.

When she appealed the matter to the city, she added, “I was told to hire an accountant.”

Sean Barry, the man behind Circle of Fits on Blogspot, found himself in a similar situation. His blog carries two ads and has brought in about $11 in two years, but the city is nonetheless insisting that he pay for a license. “Personally, I don’t think Circle of Fits is a business,” he said. “It might be someday if I start selling coffee mugs, key chains or locks of my hair to my fans. I don’t think blogs should be taxed unless they are making an immense profit.”

But in the eyes of the city, if money is being made then the piper must be paid. Andrea Mannino of the Philadelphia Department of Revenue said that the mere presence of ads qualifies a blog a business, regardless of how much it makes. Furthermore, the city considers bloggers to be the same as freelance writers and requires them not only to pay for a license, but also to pay tax on their profits, on top of their regular state and federal taxes.

A proposed update to the law would eliminate the tax on the first $100,000 of profit but would still require bloggers to purchase a license. City Councilor Bill Green, one of the council members who put forth the proposal, suggested that bloggers who didn’t want to cough up $300 for a lifetime business privilege license could instead opt for a $50 yearly plan.

Kinect Is Not For You