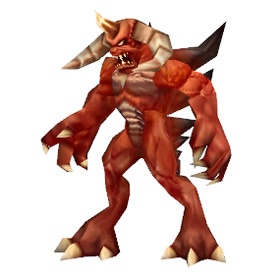 What would happen if you mixed PopCap Games with Diablo? The world may never know.

PopCap Games is known for taking genres and boiling them down to their essences to create casual titles that anyone can play. Take Bookworm Adventures and Plants vs. Zombies for example, which are versions of an RPG and tower-defense game respectively. One genre that just didn’t make the cut was the dungeon crawler, with PopCap recently saying it had to cancel a game that resembled Diablo.

PopCap co-founder Jason Kapalka told Develop: “We had a role-playing game where we had this idea of how to approach the RPG genre for a more casual market. I can’t really go into details about the game, but it got pretty far. It was in beta, and it felt like a turn-based version of Diablo that was very cute.”

Excuse me while I scream in terror about a game like this hitting PopCap’s cutting room floor instead of my hard drive. Okay… now we can continue. Kapalka says that the Diablo-style game is now in PopCap’s “design review” file.

For every game that makes the cut at PopCap, there many that don’t which could end up stuck in design review. These titles are games that PopCap may have decided not to focus on, but are still potentially in the company’s view for the future.

While Kapalka calls the Diablo game “really fun,” he reveals its issues saying: “We had a lot of problems with the game’s complexity spiraling out of control and, in the end, not being as casual as we wanted it to be.” It seems my screams were not in order, because Kapalka also says of the design review file: “We do always want to go back to these games, take another look at them and figure out how to fix them. These games are never 100 per cent dead.”

I, like many others, would be supremely interested in PopCap’s take on a game like Diablo. Even if it just came up with some really cute concept art of Diablo monsters I’d probably put them in a slideshow and watch for hours on end. PopCap has proven itself as one of the masters of cute graphics and fun gameplay, so I’m hoping something that takes gamers into a dungeon with a similar style emerges from the studio eventually.