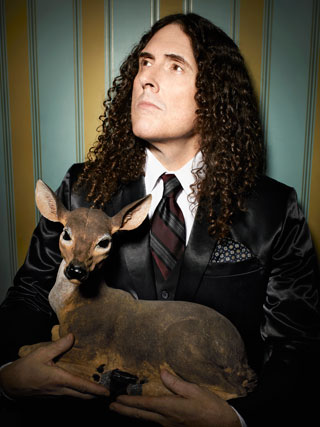 The king of parody is bringing his act to Blizzcon next week, and you can tune in if you have a Virtual Ticket.

Every year, Blizzard brings in a major musical artist to close out its yearly Blizzcon convention. In years past, we’ve seen Ozzy Osbourne, Tenacious D, The Foo Fighters, Blink-182, and Metallica onstage, and this year, Blizzard has announced that it is bringing in the king of parody himself, “Weird Al” Yankovic.

Yankovic’s performance will come at the end of the convention, on Saturday night. Speaking about the announcement, Blizzard CEO Mike Morhaime said, “We’re super excited to close out our tenth BlizzCon with a performance from an epic showman-and fellow geek. Weird Al has entertained millions of people around the world with his hilarious music, and we’re thrilled that he’s bringing mandatory fun to the show and everyone following along with a Virtual Ticket.”

“Weird Al” himself is quoted in the press release as saying, “I’m very excited to be playing at BlizzCon, because it’ll be one of the few times in my life where a significant percentage of the audience is even nerdier than I am!”

If you want to watch the show but couldn’t get tickets, you can still grab yourself a Virtual Ticket and watch the entire convention through live streaming. You’ll also get a bunch of in-game goodies for all of Blizzard’s games. If that piques your interest, you can head over to Blizzard’s official Blizzcon site to pick one up.

No Season Pass For Titanfall 2 – All Post Launch Maps Free