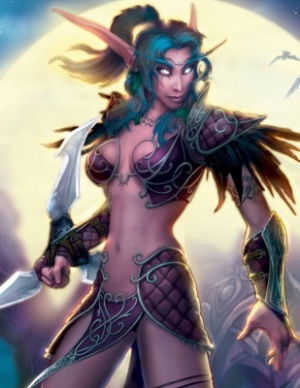 Dr. Jerald Block says psychiatry has fallen far behind the times when it comes to dealing with patients who are compulsive online gamers. The Portland, Oregon psychiatrist says one of the main problems facing the profession is ignorance regarding many aspects of MMOGs, such as what a “guild” is or the importance of hitting level 60. As a result, many people with problems seek help in online groups rather than with trained therapists.

When pressed to describe such a client, Block said, “There was a man engaged in a game called EVE Online. He was one of the most powerful characters in the universe of this game. He had played for years and accumulated great wealth; he would have been worth about $17,000 if he sold his character and all his virtual assets on eBay.”

“Well, within the game someone took out a contract on his life,” the doctor continued. “And in the span of one night, this guy lost thousands of dollars, lost his alter ego, and was betrayed by everyone he knew in this world. How does he describe that experience and have any of his friends understand it? It’s so bizarre and otherworldly. In fact, it’s so bizarre that many therapists don’t want to go there.”

While Block recently penned an editorial for the American Journal of Psychiatry supporting the use of “Internet Addiction” as a diagnostic term, he said in the interview that he hated the term, preferring “pathological computer use” instead, but that he was “locked into the vocabulary” of addiction.

He also pointed out that although the average videogamer is 30 years old, the vast majority of studies into the medium have been conducted on children and teens. “It goes back to the shame issue,” he said. “We like to think of this as a kids’ issue. It’s much more acceptable for kids to talk about game use, whereas adults keep it a secret. Rather than having sex, or arguing with their wife or husband, or feeding their children, these adults are playing games.”

The full interview with Dr. Block is available here.