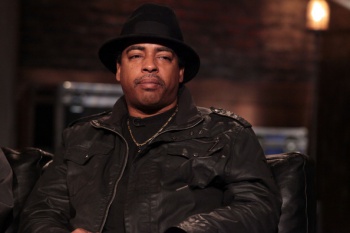 An appellate judge ruled the performer didn’t have enough of a case.

Game designers draw from a lot of sources. One of the sources Michael “Shagg” Washington, part of the group Cypress Hill, claimed Rockstar used in GTA: San Andreas was his own likeness. Washington claims he had a meeting in 2003 with game designers to talk about his life as a gangster, and even gave them a photograph. He never heard from them again, but in 2010, Washington filed a suit for $250 million against Rockstar’s parent company Take Two Interacrtive saying that his story and image were used without any recompense. A California judge didn’t think he had a case and this week an appeals judge upheld the ruling saying Washington’s lawyers failed to prove the character of CJ was substantially based on any information Washington provided.

“Washington has presented no evidence demonstrating that the plot or characters of GTA: San Andreas have any relevance to his life or his purported fame,” the judge wrote.

Earlier this year, Gwen Stefani settled a lawsuit against Activision for Band Hero‘s use of her and her band No Doubt’s image playing songs other than their own. In that case, the likeness was not “transformative” enough to be legally acceptable. As the judge in Washington’s case writes, “The court in [No Doubt’s case] concluded that the defendant’s literal depictions of the plaintiffs were not transformative because the No Doubt avatars … perform rock songs, the same activity by which the band achieved and maintains its fame. [Nothing in the video game] transform[s] the avatars into anything other than exact depictions of No Doubt’s members doing exactly what they do as celebrities.”

Unfortunately for Washington, it’s likely Take Two Interactive and Rockstar would have claimed their right to use his public appearance as long as it was transformative, such as putting him in the fictional world of San Andreas, and they would have likely won. The case didn’t even get that far.

“Plaintiff is relying entirely on CJ’s physical appearance in the game, but that appearance is so generic that it necessarily includes hundreds of other black males,” the judge said.

Should Rockstar or Take-Two have thrown Washington a bone and given him a fee for providing his story in a sit-down meeting? Probably. But they were not legally obligated to pay for information they could have obtained in other ways. Having your life story used for inspiration is just part of living in the spotlight, even the small spotlight that’s reserved for back-up rappers. So, in one way, it sucks that Washington won’t get paid for his contribution to society in the form of CJ in GTA, but on the other hand, he gets to tell people his life story is dramatized in a videogame. How many of us can say that?

It might not be worth $250 million, but it’s still pretty cool.

Sims-Creator Will Wright Might Go Back to Making Games Soon

Players Have Spent 12,000 Years in Borderlands 2