UPDATE: Japanese website IT Media NetLab spoke with Nintendo about the report. The company stated that the report cited in the article did not come from Nintendo. It also stated that it would be announcing yearly sales estimates for all its systems in its fiscal year earnings release on April 27.

While this doesn’t necessarily mean the Nikkei report is inaccurate, especially as Nintendo stopped short of confirming that the Wii U would still be produced in 2017, it does cast some doubt on it. The best course is likely to wait and see what happens. 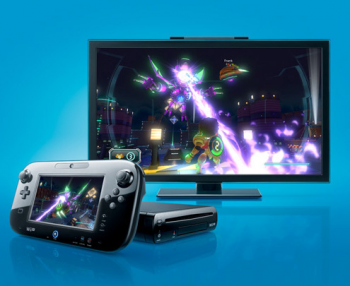 ORIGINAL STORY: A report from Japanese business newspaper The Nikkei suggests Nintendo will wrap up Wii U production by year’s end.

I’ve got a report here that is either bad news (if you’re still enjoying your Wii U) or good news (if you’re looking forward to the NX). According to reputable Japanese business newspaper The Nikkei, Nintendo is planning to halt all Wii U production by the end of the year. That means that no new Wii Us will be made in 2017, presumably to free up all that factory space for NX production.

The report (as translated by Dr Serkan Toto) claims that a number of Wii U accessories have already had their production halted, and that Nintendo plans to deplete it’s entire inventory this year. While it stopped short of confirming that the NX would release this year, it did state that Nintendo plans to reveal the console in 2016.

It certainly seems like Nintendo is ready to distance itself from the ailing console, which raises concerns about its one remaining flagship title: The Legend of Zelda: Wii U. Will we see the game delayed and compltely reworked for the NX, or will we get a Twilight Princess-type situation where it is released for both consoles at once?

We still don’t have a solid release date for the game, which makes us worry about the former being the case…