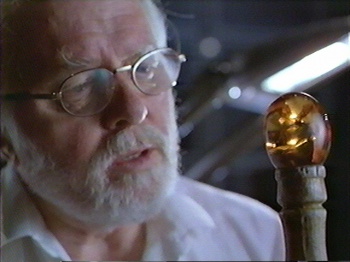 Actor and director Richard Attenborough, acclaimed for his acting stints in pictures such as The Great Escape, and directing efforts of movies such as Ghandi, has passed away at the age of 90. To the geek community, Attenborough will be perhaps best remembered for his role as John Hammond from the iconic dinosaur thriller, Jurassic Park.

Steven Spielberg, who directed Jurassic Park, said of Attenborough: “He made a gift to the world with his emotional epic Gandhi and he was the perfect ringmaster to bring the dinosaurs back to life as John Hammond in Jurassic Park,” he said. “He was a dear friend and I am standing in an endless line of those who completely adored him.”

Attenborough had apparently been moved to a nursing home due to his advanced age, where he was living with his wife. His son said that the family would offer a full statement on Monday.

Sir Ben Kingsley, who played the title role in Attenborough’s Ghandi said that the director “trusted me with the crucial and central task of bringing to life a dream it took him 20 years to bring to fruition. When he gave me the part of Gandhi it was with great grace and joy. He placed in me an absolute trust and in turn I placed an absolute trust in him and grew to love him.”

Along with his naturalist brother David, known for his documentaries, Richard was one of Britain’s best-known screen celebrities, and will surely be missed by the world.

Doctor Who Review: The Doctor’s Going to Some Dark Places