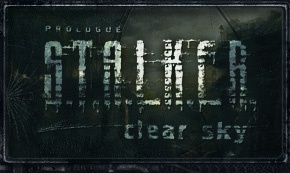 Valve has announced that S.T.A.L.K.E.R.: Clear Sky will have an exclusive digital release on Steam simultaneous with its regular retail release later this year.

“It’s great to see a forward-thinking game maker like GCS [sic] Game World launching simultaneously in digital and traditional retail channels,” Valve boss Gabe Newell told Gamasutra, commenting on the next step in his company’s quest for world domination. “By launching S.T.A.L.K.E.R.: Clear Sky on Steam on the same day that it’s available in stores world wide, GCS Game World ensures that gamers can get their hands on this highly-anticipated game in the way that’s most convenient for them.”

S.T.A.L.K.E.R.: Clear Sky is a prequel to the hit 2007 FPS S.T.A.L.K.E.R.: Shadow of Chernobyl. Taking place one year earlier, Clear Sky will depict the Zone as it existed prior to the events in the original S.T.A.L.K.E.R.. Built on an updated version of the X-Ray engine which will support both DirectX9 an DirectX10, the game will feature new areas to explore, improved AI and the opportunity to join and lead any faction in the game.

S.T.A.L.K.E.R.: Clear Sky is currently slated for release later in 2008. More information is available at stalker-game.com and on Steam.