Mad Enough For You? 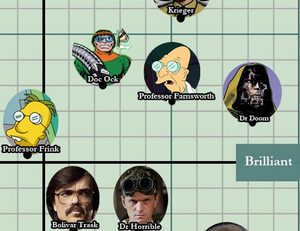 Dorkly has made a great step forward in the name of science! They’ve charted 26 of pop culture’s favorite scientists by their levels of intelligence and, of course, madness.

The chart plots the scientists across these traits, all the way from poor Zoidberg, who holds the rank for most insane but least intelligent, to the extremely insane and very brilliant Rick of Rick and Morty. In the lower half of the graph,The Muppets’ Dr. Bunsen Honeydew stands strong as the least mad scientist with above average intelligence, and Fantastic Four’s Reed Richards as the most brilliant, and only slightly mad, scientist charted.

It’s impressive to see that such a vast array of doctors and professors from all walks of pop culture have made the cut, including a few often overlooked scientists like Dr. Frank-N-Furter and Dexter from Dexter’s Laboratory. The chart also offers up an interesting opportunity to see which scientists are most alike; my personal favorite neighbors being Dr. Farnsworth and Dr. Krieger. One thing I’m not so certain on, though, is whether Doc Brown should be considered less insane than Poison Ivy.

Who do you feel is missing from the list? Are there any scientists you’d rather see in the coveted “Off Your Rocker/Brilliant” slot? View the full chart below. 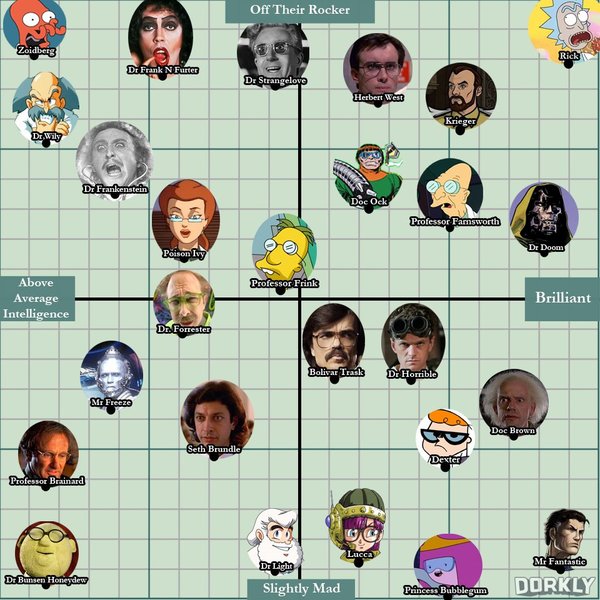 Deadzone: Infestation Yet Another Success For Mantic Games