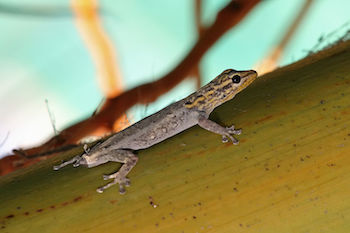 Scientists are now one step closer to being able to stimulate limb regeneration in humans. A team of researchers from Arizona State University have discovered a genetic formula that allows for tail regeneration in lizards, and may ultimately be possible through the use of correct genetic ingredients in correct amounts.

The team used advanced molecular and computer analysis tools to examine the genes activated during tail regeneration- specifically in the green anole lizard, which can ditch its tail when caught by predators and grow it back later. Other animals like salamanders and fish can also regrow their tails- with growth occurring mostly at the tip. During tail regeneration, they each turn on genes in what is called the ‘Wnt pathway’-a process that is necessary to control stem cells growth in organs such as the brain, hair follicles and blood vessels. Lizards, however, have a special pattern of tissue growth that is distributed throughout the tail.

“Lizards basically share the same toolbox of genes as humans,” said Kenro Kusumi, professor in ASU’s School of Life Sciences and associate dean in the College of Liberal Arts and Sciences. “Lizards are the most closely-related animals to humans that can regenerate entire appendages. We discovered that they turn on at least 326 genes in specific regions of the regenerating tail, including genes involved in embryonic development, response to hormonal signals and wound healing.” Kusumi was also the lead author of the ASU team’s study of findings that was published in scientific journal PLOS ONE.

The researchers hope their findings will help unlock new therapeutic approaches to spinal cord injuries, repairing birth defects, and treating diseases such as arthritis. “Using next-generation technologies to sequence all the genes expressed during regeneration, we have unlocked the mystery of what genes are needed to regrow the lizard tail,” said Kusumi. “By following the genetic recipe for regeneration that is found in lizards, and then harnessing those same genes in human cells, it may be possible to regrow new cartilage, muscle or even spinal cord in the future.”

Wanna learn more about our cold-blooded friends? Check out this article on how turtles talk to their young!

The Hardest Games You’ll Ever Play (And Never Beat)