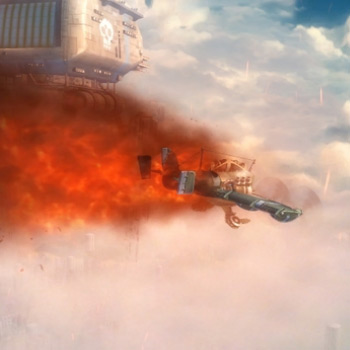 Even though the PlayStation 4 is just around the corner, Sony is, apparently, trying make their current generation of consoles even more addictive. Hotline Miami, XCOM: Enemy Unknown, and Rayman Origins are already among the titles that make up the increasingly impressive PlayStation Plus Instant Games Collection. But Sine Mora is about to give Vita’s library a shot in the arm.

Sine Mora, a title that means “without delay,” is one of those games that people genuinely seem to love, but it manages to fly just below the radar. Last year, when Digital Reality and Grasshopper Manufacture released Sine Mora, it was met with an overwhelmingly positive response. However, it never garnered the kind of indie credibility that many of its peers enjoyed. Perhaps, its appearance in the Instant Games Collection will push it back into the limelight.

However, if you’re not looking for a time-based shoot-em-up, then Sine Mora might not strike your fancy. Luckily, it’s the second week of Sony’s Sale of the Dead promotion. Franchises like Dead Space, BioShock, and Fatal Frame have all received hefty price cuts. And several recently released titles like Puppeteer, DMC: Devil May Cry, and Metro: Last Light are also on sale.

Your bank account is going to be very angry with you.

Assassin’s Creed IV Gets Closer to the Heart