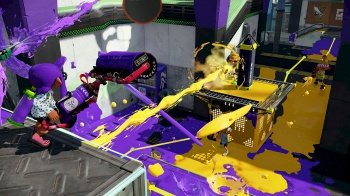 At Tokyo Game Show, the Japan Game Awards takes the show to announce its own “Game of The Year” award winners. This year, Nintendo’s Splatoon, despite releasing in May, 2015, won the over all game of the year for 2016. Runners up included Fallout 4, Metal Gear Solid V, and The Witcher 3.

The full list of recipients of the “Award of Excellence,” (aka: runners-up) is as follows:

Click here to check out the rest of our Tokyo Game Show 2016 coverage!