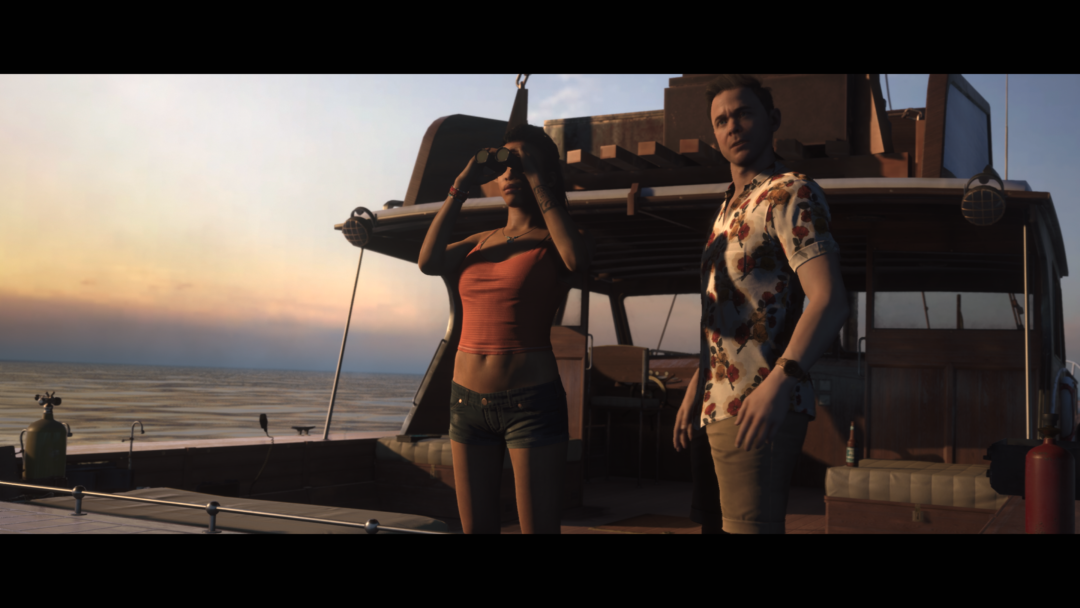 One of the key components of The Dark Pictures: Man of Medan was born four years ago, during the completion of Supermassive Games’ hit interactive adventure drama game, Until Dawn. The developers built a quick prototype to test how a two-player co-op game would work, having each person control a character and plotting out five different ways a conversation between them could go depending on what decisions they made.

“What we found was both players felt that they had influence over the conversation,” Supermassive Games CEO Pete Samuels said. “They didn’t necessarily feel like they got what they wanted out of it, but that’s life, isn’t it? It still felt dramatic. It still made sense and flowed. It didn’t feel jarring.”

Samuels said it’s rare that a prototype proves what you’re looking to prove, but in this case the team knew they were onto something. They revealed the new co-op features at the heart of the planned Dark Pictures anthology series on Tuesday at a hands-on event onboard the USS Hornet, a World War II aircraft carrier that now serves as a sea, air, and space museum in Alameda, California. The ship is supposedly haunted, which is why it was chosen to showcase a game based on the SS Ourang Medan, whose entire crew died under mysterious circumstances that have made it the subject of ghost stories since the 1940s. 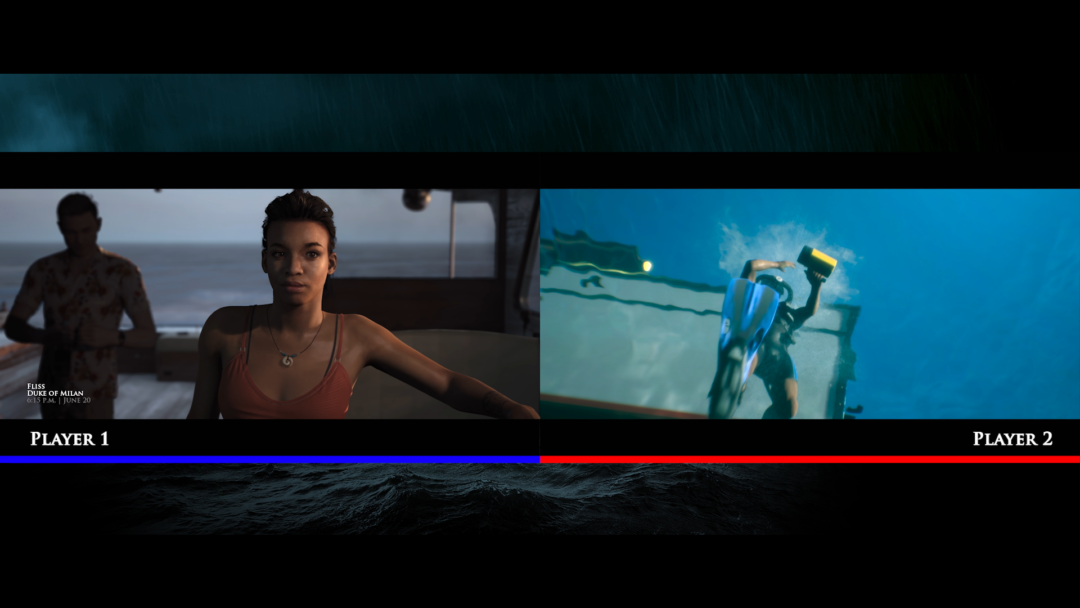 While I didn’t see anything supernatural onboard, the ship’s claustrophobic confines and hard-to-navigate corridors mirrored the features found in the game. Samuels said Supermassive waited until the event to reveal the co-op feature because of how hard he felt it was to explain. While there are plenty of instances in the 90-minute demo I tried that mirrored the prototype, with both players conversing in the same scene or working together to overcome challenges, much of the game is actually played in parallel with each player experiencing entirely different scenes.

“One of the challenges is to keep both players’ stories moving at the right pace so one person isn’t suffering a story that’s dragging because of the other player’s activity,” Samuels said. “A lot of it is about giving people enough time to explore because part of the game is about exploring the environment and finding things and learning about the story. If the players are split up, then we actually try to create a real game event that is a timed event that brings the players back together.”

Man of Medan will take about four and a half hours to complete in solo mode, but cooperative play will shave about 30 minutes off that time because of the parallel scenes. A “Curator’s Cut” included with preorders will allow solo players to experience the parts of the story normally reserved for co-op play. 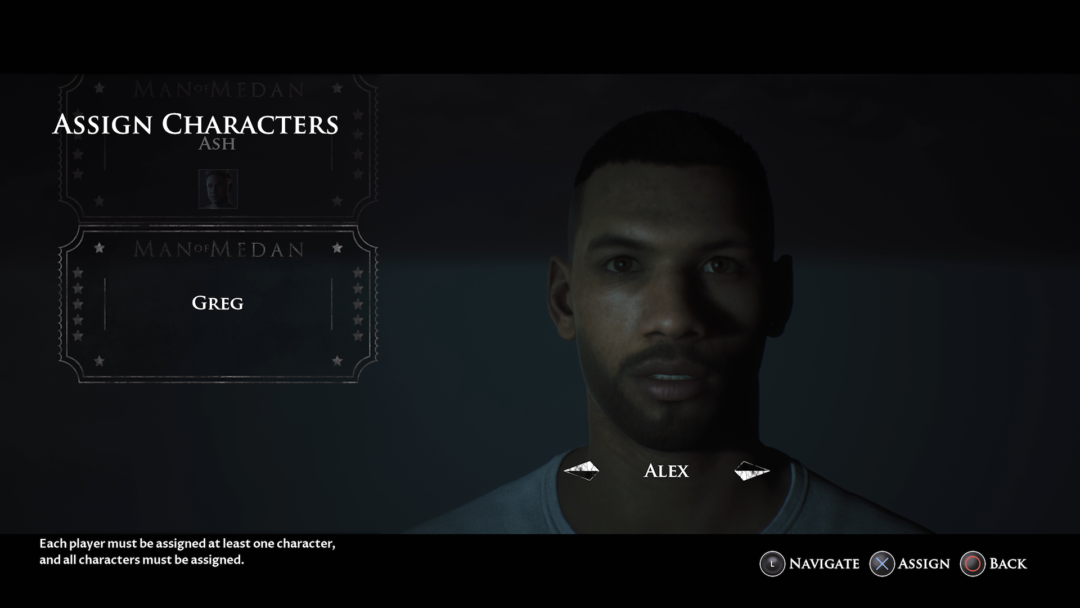 Man of Medan also features a “Movie Night” mode, where two-to-five players each choose one of the game’s characters and pass the controller around based on whom the game is following at the moment. Supermassive Games marketing director James Scalpello said the idea came from hearing how many people made playing Until Dawn a social event.

“You’re inviting another player into your shared story or having four mates sitting around a sofa,” he said. ”It’s giving people the ability to talk a bit more about it. You don’t generally see a horror film on your own. It’s great to involve other people in your experience.”

Despite being shorter than Until Dawn, Samuels and Scalpello said Man of Medan has stories that branch much more. There are 69 possible deaths and more significant endings, so players will likely need to play through the game eight or nine times to see everything. Unlike with Until Dawn, you’re guaranteed to have two survivors until close to the very end to ensure the co-op mode keeps functioning. 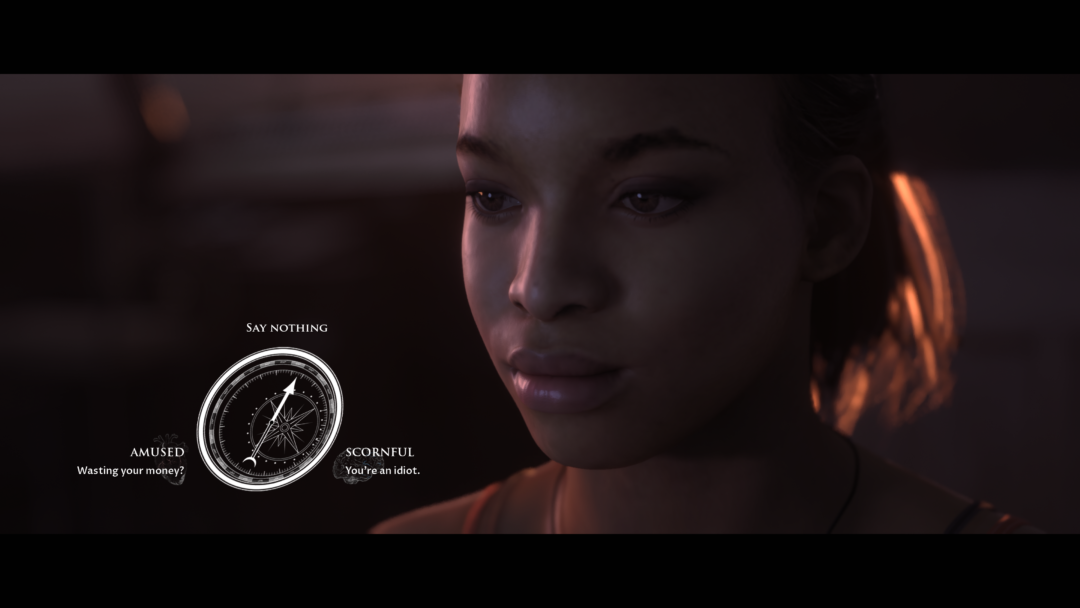 Critical decisions, called Bearings Updates as a nod to the game’s nautical and navigational themes, are called out clearly. But Samuels said every single decision changes something, whether it’s the plot or the relationships between characters.

“You’re nudging characters in different directions, which will affect their behavior later,” he said. “Many small nudges, if they’re all in the same direction, might result in something significant later on.”

Samuels said the next Dark Pictures game is already in production, performances are being shot for the third version, and the studio has stories mapped out as far as the eighth. All he would say about the story for the next game is “it’s not on a boat.”

“There are so many different elements of horror we can choose from,” Scalpello said. “We’re very much forward-thinking as to all the different stories that we can tell.”

Check out our hands-on preview of Man of Medan.