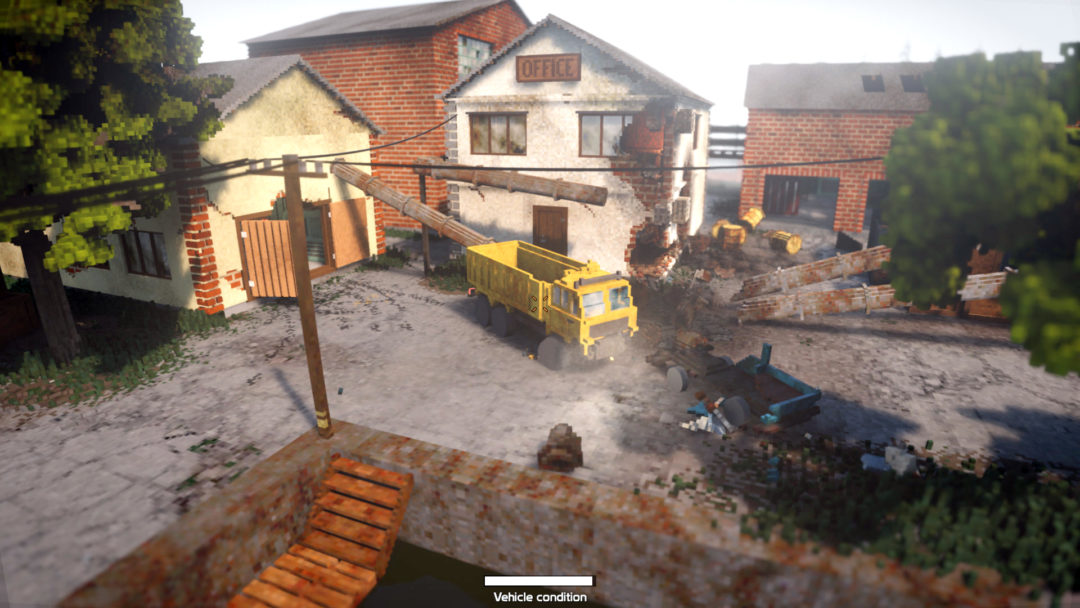 The goal of the game is to collect a number of “keycards” strewn around each level. Players have access to a sledgehammer, as well as numerous guns and explosives, which they can use to tear down walls and create paths. Vehicles can be driven to smash buildings open or create walkways, and wooden planks can be laid down to form improvised bridges.

Then once the first keycard has been collected, an alarm goes off, leaving players with 60 seconds to zip through the stage, gather the remaining keys, and leg it to the extraction point.

It's finally time to reveal the game I'm working on. It's called Teardown. You can read about all the details on the game homepage: https://t.co/9r96Xy1pky or wishlist on steam: https://t.co/Xbw3PeNdfe pic.twitter.com/PluMVLIIC5

Gustafsson is an old hand at this kind of physics-driven gameplay. As one of the founders of Mediocre Games, he pushed mobile platforms to their breaking points with titles like Sprinkle and Smash Hit and a host of other non-violent puzzle titles built around unique tech. Since then he’s been experimenting liberally, exploring the potential of voxel rendering, ray tracing, and numerous other neglected dev tools. Teardown is the fruit of many of those experiments.

For more on Dennis Gustafsson’s boundary-pushing work in game physics and lighting engines, you can read our exclusive interview.

Teardown is expected to come out on Steam some time next year.

6 Underground Trailer Is Ultra Michael Bay, but with Ryan Reynolds

How Ancestors: The Humankind Odyssey Turns Human Evolution into a Game