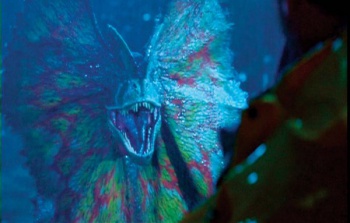 Telltale games employees have been caught reviewing Jurassic Park on Metacritic. They gave it 10/10, naturally.

Jurassic Park, the latest adventure game from the guys behind the latter Sam and Max games and the excellent Hector: Badge of Carnage, hasn’t been fairing too well with the critics. The three professional reviews it’s received start at 60 and get lower from there, and the Metacritic user reviews were even worse. That is, until a series of four positive user reviews cropped up in quick succession, each giving the game a solid ten and lathering on the praise.

” In true Telltale form this company decided to take on the task of adding new stories onto a beloved franchise that first came out almost 20 years ago,” said one review. “I’m happy to say, I’m glad they did! The best way I can describe this game is if Steven Spielberg decided to direct Heavy Rain.“

A quick bit of Google sleuthing from the people at Gamespot revealed that each of the reviews came from users who had failed to mention they were currently working for Telltale Games. One was a user interface artist, and another a cinematic artist; both were relatively new to the company. Gamespot says it was tipped off to the fact the reviews weren’t entirely on the level by the “complete sentences, proper punctuation, and paucity of spelling errors.”

When questioned about the reviews Telltale responded:

“Telltale Games do not censor or muzzle its employees in what they post on the internet. However, it is being communicated internally that anyone who posts in an industry forum will acknowledge that they are a Telltale employee. In this instance, two people who were proud of the game they worked on, posted positively on Metacritic under recognizable online forum and XBLA account names.”

The internet is always quick to dispense vigilante justice, however; several Metacritic users have begun review bombing the game in retaliation, because one breach of ethics naturally deserves another. Jurassic Park’s current user score stands at 3.8.

A Bioware employe were caught doing pretty much the same thing earlier in the year, and a Modern Warfare 3 developer recently came under fire for encouraging fans to combat review bombers. Leave those user review scores alone, folks, they’re not worth it.