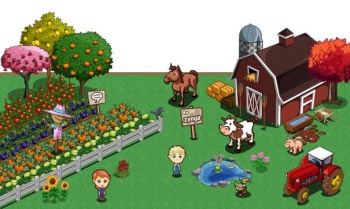 Nabbing laptops is one quick way to never work in the game industry again.

So you finally got that cushy job at a prominent social games company about to have an IPO worth a billion dollars. Sure, it’s just a temporary position, but if you work hard and keep your nose clean, this job at Zynga could turn into something special. Hell, it’s nice to have a job in this market, cause it sure ain’t cheap to live in San Francisco. Yep, life is good. Wait, what’s this laptop here? It looks like that could fit right in your bag. Yoink! Aww, who called the cops?

That’s the scenario that went through 21-year-old Keith Brown’s head when he was apprehended by Zynga’s security guards and handed over to the San Francisco police two days ago. Brown had been observed through video surveillance cameras stealing laptops, software, and desktop computers valued at more than $100,000 since he was hired on Oct. 31. He is currently in custody and was arraigned in San Francisco Superior Court on four felony counts of commercial burglary, grand theft, and embezzlement.

“At this point, he’s the only Zynga employee arrested for doing this,” the San Francisco District Attorney’s Office spokesman Omid Talai said.

It doesn’t seem like Brown was very good at hiding his underhanded activities. Unlike Zynga. Hey-O!